When training deep neural networks, we often strive to compare the models and understand the consequences of different design choices beyond their final performance. We want to be able to explain different qualitative aspects of the solutions our models learn. To understand the solution a model converges to, we could either look into its parameter space or its representational space.

Sometimes, we can also gain some insights about how a model works by looking at its parameter values. For example, the weights of a linear classifier indicate which parts of input features are important for the models’ decision. Or in some cases it can be useful to track the changes in the parameter values during training, for example to visualize the optimizer trajectory of a model (Li et al., 2018).

For example, it can be very insightful to visualize the internal representations of the models in 2D or 3D using dimensionality reduction techniques such as PCA or t-SNE. This way, we are looking at the solutions from the representational aspect.

Besides the performance of the models on a set of tasks, we can measure their similarity in terms of their parameters’ value or the way they represent different input examples.

Given multiple instances of the same model architecture, an obvious way to measure the similarity between them would be to compare the value of their parameters. However there are several flaws for this approach:

Fortunately, there are solutions that address all of the issues mentioned above, Representational Similarity Analysis (RSA) (Laakso & Cottrell, 2000) and Canocical Correlation Analysis (CCA) (Thompson, 1984).

So, if we have a set of models and we want to know how they are all compared to each other we can compute the representational similarity between each model pair using RSA or CCA (or some other similar technique). This will give us the similarity matrix of the models and we can visualize this in 2d or 3d using a multi dimensional scaling algorithm.

I will now explain how we can get the model embeddings within the RSA framework. In the figure below I have depicted the process of computing representational similarities between a sets of models using RSA. 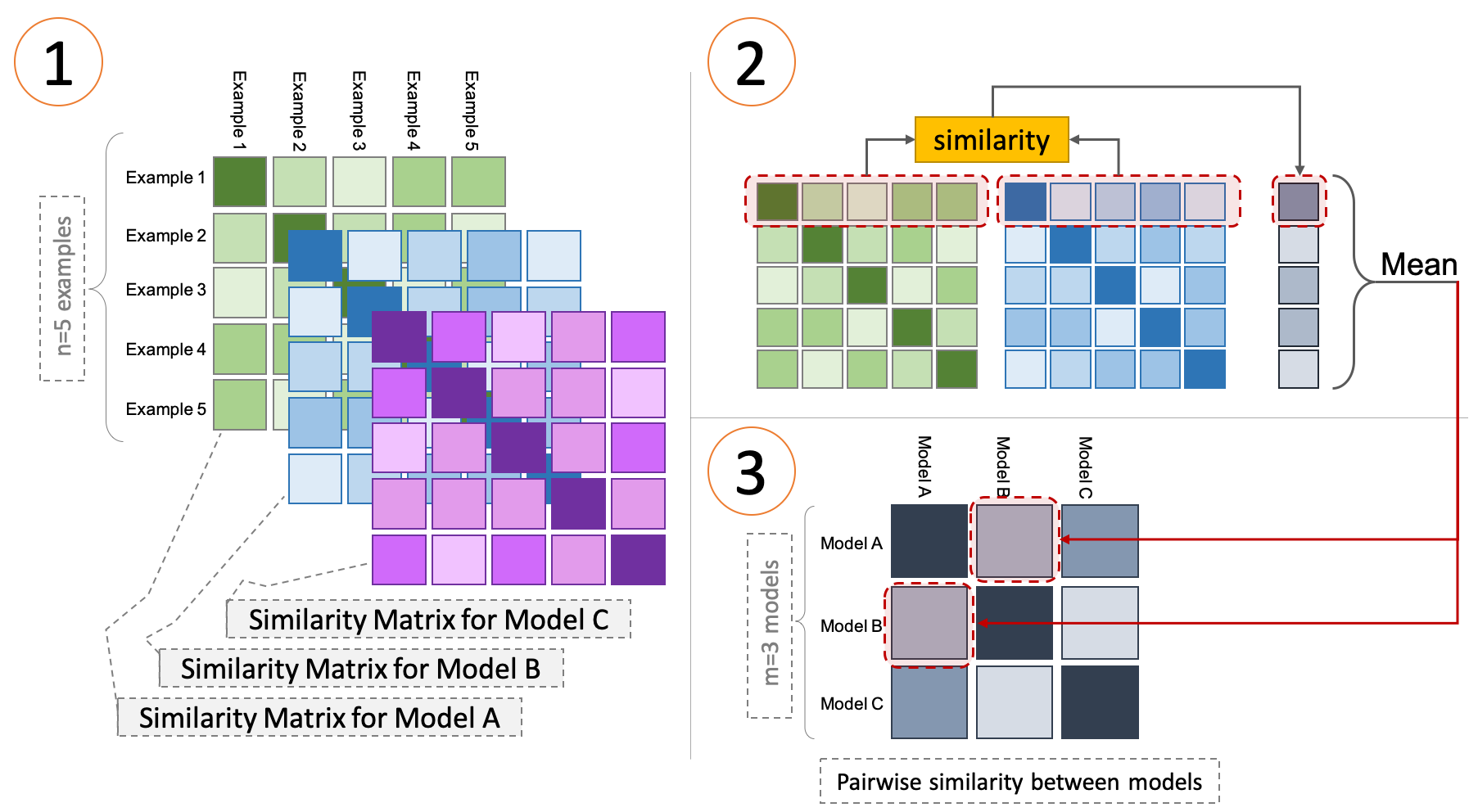 Assume we have $m$ models, and we want to visualize them in 2d based on the similarity of the activations of their penultimate layers1.

In the example below we see the similarity between the penultimate layers of the models trained on the MNIST dataset. 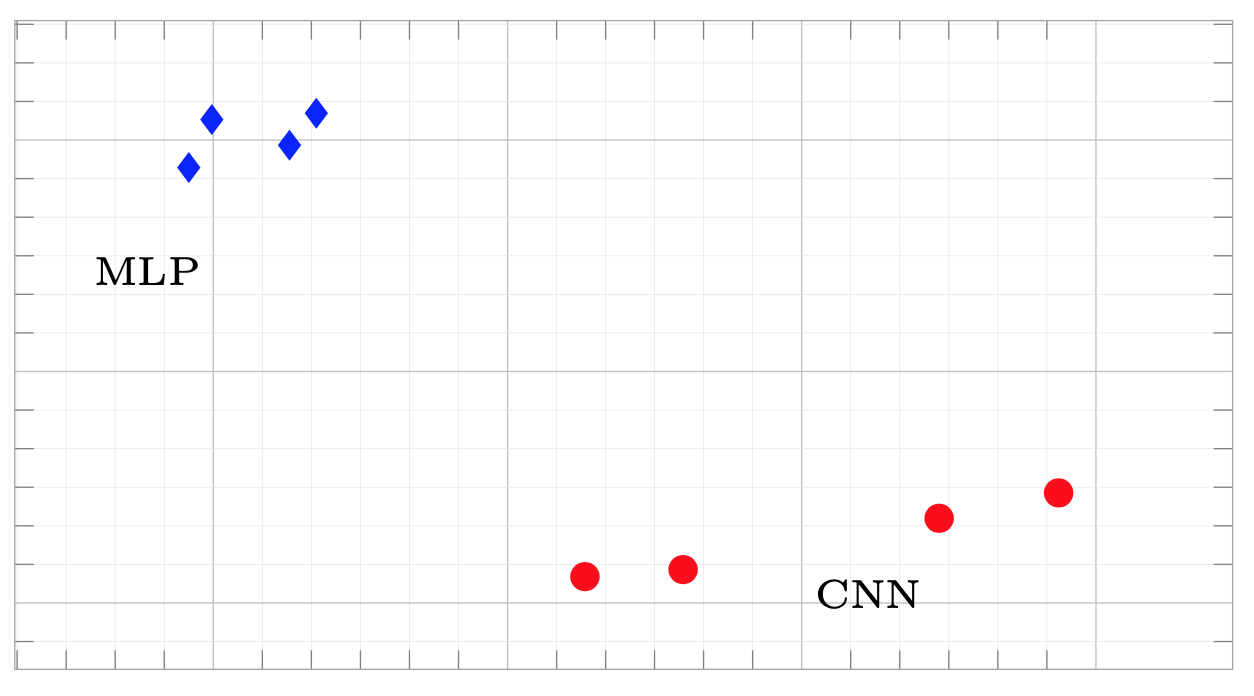 We can use this technique not only to compare different models but also to compare different components of the same model, e.g., different layers, or to see how the representations of a model change/evolve during training. For example, in figure below, we can see the training trajectories of a CNN and an MLP on the MNIST dataset. To obtain these training trajectories, we compute the pairwise similarity between the representations obtained from the models at different stages of the training process (different epochs).

When applying RSA, there three important factors that can affect the results:

RSA and CCA are very common techniques especially in the fields of computational psychology and neuroscience. In the recent years, they have also gained back their popularity in the machine learning community as methods of model analysis and interpretation.

If you are interested to sea how this can be used in practice, see our papers “Blackbox meets blackbox: Representational Similarity and Stability Analysis of Neural Language Models and Brains”, where we propose using RSA to measure stability of representational spaces of models against different factors, e.g. context length or context type for language models and “Transferring Inductive Biases through Knowledge Distillation”, where we use the techniques explained in this post to compare models with different architectures and inductive biases.

If you find this post useful and you ended up using this technique in your research please consider citing our paper: